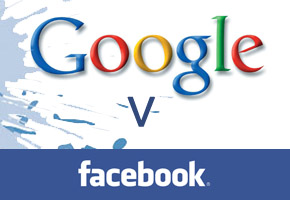 Ok, I am more a fan of Twitter than FaceBook, although I understand why so many people use FaceBook as a way to communicate with old and existing friends… But for me Twitter is about the now, real time information and not friends reunited. Although I have a FaceBook account I probably sign in once every other month, just to see what’s new and remind myself why I don’t use it!

Although FaceBook is the biggest social networking site on the planet, for me socialising is more about getting out in the real world… If I am behind my desk then chances are I am probably working on a website, new project or SEO… Not socialising or chatting to people I have not seen in 10 years!

Over the last couple of weeks I have been hearing more and more rumours that both Google and FaceBook are in talks to buy Twitter! As you know, Google’s business is all about the delivery of information and FaceBook is about social networking… Twitter on the other hand is the middle man who offers both information and networking via mobile apps, celebrity endorsements and ever growing popularity! I personally think Twitter shouldn’t sell, however if they do then Google gets my vote! Google is yet to crack the social networking scene and Twitter would be the perfect platform to launch from, it could become even more awesome!

What ever happens I predict 2011 is the year of Goliath verses Goliath (Google v FaceBook) and their fight for popularity, more users and the sale of add space! After all, it is the traffic (that’s you and me) that keeps these giants of the web in business!

What are your thoughts on Google and FaceBook looking to obtain Twitter? With such a massive celebrity following should Twitter simply look to its users for funding? Or, maybe you see Twitter is a phase; will its value and popularity fade over the years to come? I often mention Twitter to our clients however a majority reply saying “I don’t get it” or “we don’t have time”… Marketing and SEO is all about following the trends and with businesses such as Google, Virgin and your local hair salon tweeting away, maybe it is not such a bad idea to try something new? Think of it like this, if you stand still in life or business then the world around you will continue to change!